We can’t recover orca until we first recover salmon. 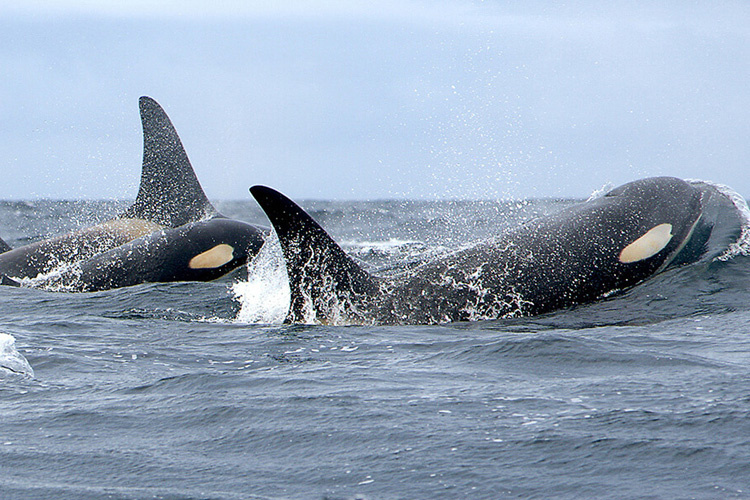 Pacific Northwesterners love our orcas. To coastal Tribal people, orcas are cousins, a sign representing power, luck, the strength of love and family, and are the guardians of the sea. The Southern Resident Killer Whales (J, K and L pods), in particular, have captured the hearts of locals throughout Washington and Oregon.

Though they rarely ever enter the Columbia River, the Southern Residents dine on almost exclusively on salmon, and Chinook from the Columbia-Snake River system make up more than 75% of their diet. This is unlike their cousins, the transient or Bigg's killer whales, which feed on a variety of marine mammals.

This specialization on salmon, however, is one cause for Southern Resident's heartbreaking decline in population. Historically, up to 16 million salmon returned to the Columbia River each year. They now average around just 2 million fish per year. Southern Residents were first listed as federally endangered distinct population segment in 2005 and currently number just 75 individuals. 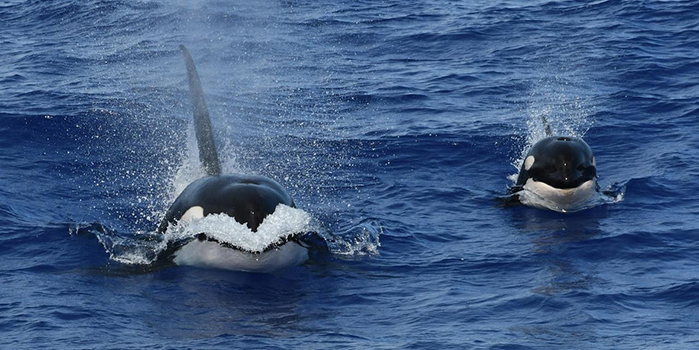 Southern Resident numbers have been falling for decades, but this past year has brought a tiny bit of renewed but cautious optimism. With three calves born over the past year and still healthy, the Seattle Times reports that J-pod is in best condition in a decade. Washington State launched a Southern Resident Orca Task Force in 2018, dedicated to recovery of this special population. Their Report lists 36 recommendations to help recover Southern Residents. The most critical and extensive need the task force identified is improving salmon habitat to increase orcas' access to prey. Groups like the Estuary Partnership and others are improving and opening habitat for salmon throughout the Columbia River Basin to increase salmon spawning numbers and to support them during their migration.

Lack of prey is not the only issue facing Southern Residents. Other threats include toxic contaminants—which accumulate up the food chain and can cause miscarriages among other health problems, noise and disturbance from vessels that impact their ability to hunt, and vessel impacts.

Washington State has passed laws to limit vessel noise in Washington waters and enforce buffers around orcas, particularly in Puget Sound, has dedicated more funding to toxics clean up and elimination, and has invested in forage fish for salmon prey. The Washington State legislature also just funded a program called Quiet Sound, designed to reduce underwater noise that makes it hard for orcas to hunt.

Still, Southern Resident Killer Whales face an uphill battle to recovery, but efforts across the Pacific Northwest are bringing together communities to support this charismatic species.